As we all know that pray comes from the heart and inner self instead of our outer presence. But what it says about the vulgar approach toward religion. Many of our new generations have the concept that they can wear anything to church but this is not right. Many of you have noticed that there are many new churches who allowed youngsters to wear whatever they want in church premises. Most of the boys now a day’s usually wear Hawaiian Shirts and shorts to the church. On the other hand, there are many girls who wear skirts instead of Church Dresses. Many of the boys wear ripped jeans with skin showing holes, T-shirts which have controversial statements on them. Now the question arises that are these garments are equal to those Church Dresses that was used in the early 20th century.

There was a time when people know about the credibility of Church decorum. Now many overweight people especially women say that they don’t have any good dresses for the church which is a lame excuse. There are many companies nowadays that manufacture plus size women church Dresses. On the other hand when people get to know that there are many designers who make church clothes the biggest concern of them is that they are expensive which is also not true because these companies make women church dresses under 100 dollars always go for Serafina church dresses.

Are Skirts equivalent to dresses

Now there was a time when only dresses were allowed in the church and if a girl wants to wear the skirt it would be falling far below the knees. Wearing anything short from the knees consider not appropriate for the church. On the other hand, men strictly wore dress pants and tie to the church. In the 20th century going to church was considered a symbol of simplicity and honor but now a day’s women wear short skirts to the church. It is also not appropriate but should be considered a violation of church integrity.

Fashion is always not the answer

Most of us are scared of looking bad in public. People think that their personality will not be the same if they would wear simple cloth to a social activity. In today’s world going to church is considered as a social activity instead of a holy act. People should know that if they want to look good in church too then there are many designers who make decent but elegant dresses nowadays.

Miniskirts should not be allowed in church 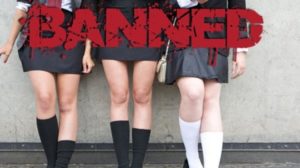 One thing is clear that what we wear is important even in the church. Miniskirts show a lot more skin than an outfit should reveal and it will not just be lustful for the women who are wearing it but also for the other men who came to the church. Their intentions will also be diverted by that particular girl or women. So Miniskirts should be banned from the church premises so people can offer their prayer with good intentions.